With a Backpack on the Trail 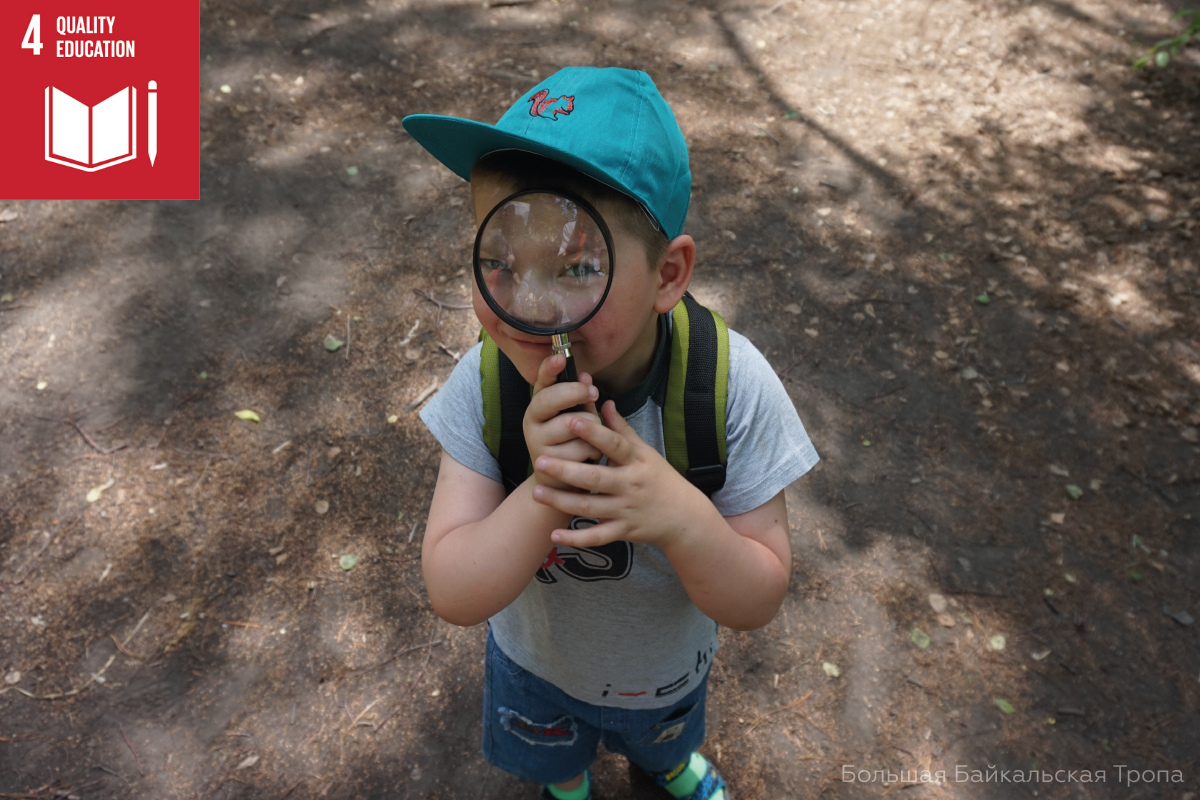 Young children learn everything about the world around them through direct contact and this helps with a series of tasks: children want to care about nature when they see it not only in their textbooks’ pictures or on the Internet, but in real life; they get motivation to protect animals and plants.

During the lesson every child receives a backpack which contains all materials and instruments necessary for learning, and together with a coach sets off on a journey along an ecotrail in a natural park. While playing, led by a coach, in team or individually children broaden and deepen their knowledge about the world, learn to listen to the sounds of nature, carry out experiments with a handglass, a roulette, a compass, a weather detector, write down the results into a workbook, learn to use a map, to recognize the footprints of animals, to see healthy and sick plants, learns to love and protect the world around them. By the end of the lesson a participant receives a task to share the knowledge with peers and adults.

The main target audience of the project is children 7-15 years old, including children from low-income families and children without parents. These belong to vulnerable social groups which need additional attention. The lessons «With a Backpack on the Trail» allow to stimulate caring attitude to nature, to unite children in friendship during teamwork, to form an active life stance of a nature protector.

The project «With a Backpack on the Trail» is a winner of the contest of Presidential Grants Foundation in 2017. According to the plan in grant application, in 2018 we carried out lessons for more than 100 children.

In 2019 in the framework of the project we plan to hold lessons for 200 children with further upscaling.