Ekaterina Petrunina spoke at the World Cities Day in Ekaterinburg 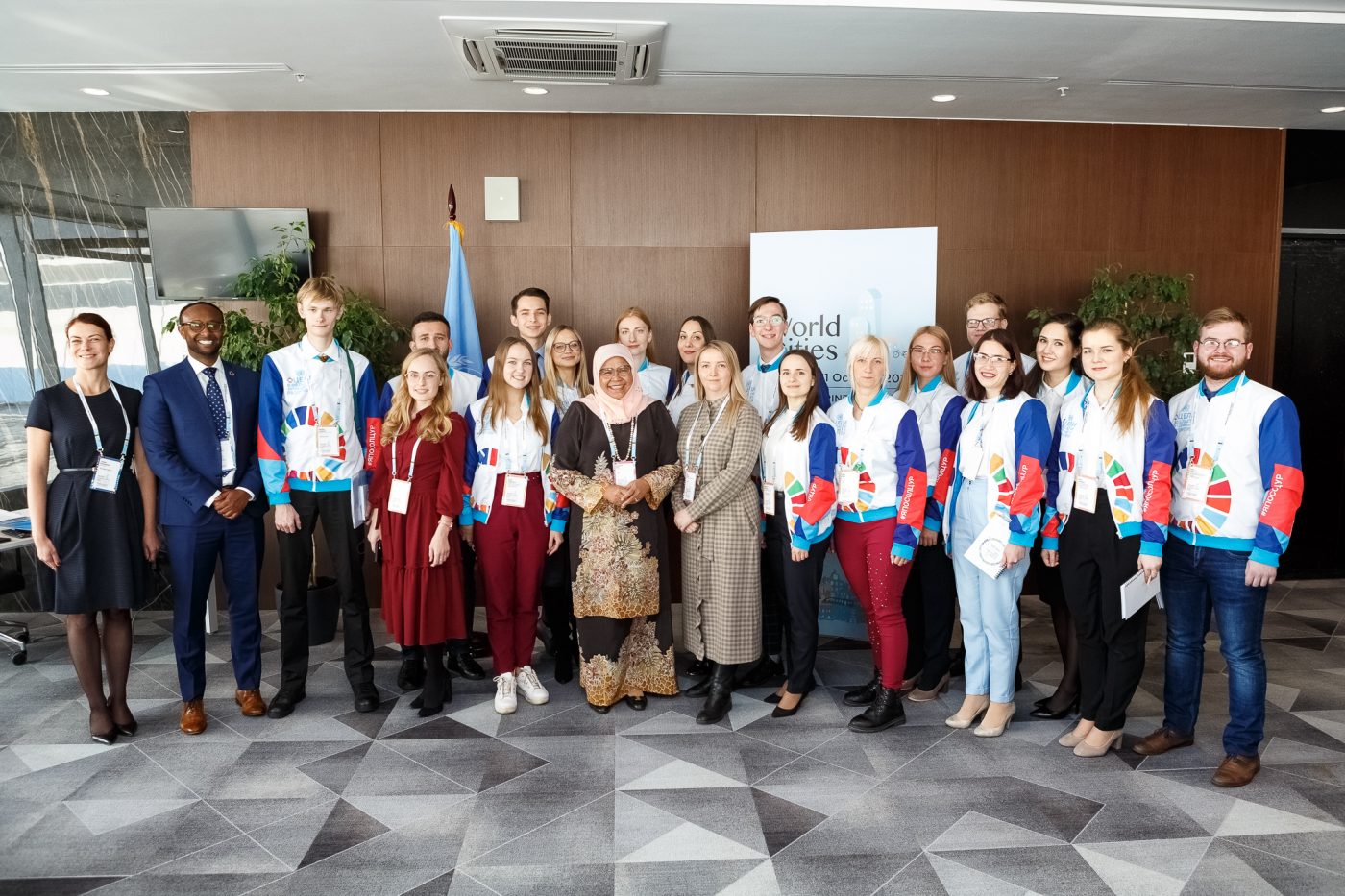 30-31 October 2019 Ekaterinburg saw an international forum dedicated to the World Cities Day which is held annually under the aegis of the United Nations Human Settlements Program, UN-Habitat. The World Cities Day was established on 27 December 2013 by the UN General Assembly. It was celebrated for the first time on 31 October 2014 in Shanghai, China. On this day people in power, international organizations, NGOs draw the public attention to the issues of population in cities and rural areas, rise awareness about new solutions, about innovations and important initiatives all over the world.

Delegation of 17 Youth Ambassadors of UN Sustainable Development Goals in Russia, including the Lake Baikal Foundation project manager Ekaterina Petrunina, the Youth Ambassador of the SDG 12, participated in the forum.

During the business program of the World Cities Day the participants held a section «Generation 2030: Implementing the Urban Dimensions of the SDGs», where Ekaterina Petrunina presented a report on implementation of the SDG 12 «Responsible Production and Consumption» in the settlements of Russia and spoke about the projects being implemented in the sphere of circular economy, selected garbage collection, social and environmental responsibility of businesses. More than 80 young people from different regions of Russia and other countries such as Azerbaijan, Turkmenistan, Brazil, Canada, Malaysia, the Philippines, etc. took part in the section.

Another important event of the forum was the meeting of 17 UN SDGs Youth Ambassadors with the UN Under-Secretary-General and Executive Director of the UN-Habitat Ms. Maimunah Mohd Sharif. Ms. Sharif shared the priority directions of the UN-Habitat activities with the Ambassadors and highly evaluated the role of the youth in sustainable development of cities. Maimunah Mohd Sharif particularly underlined the openness and willingness to the dialogue with the youth all around the world on the main pillars of the UN-Habitat Strategic Plan: reduced spatial inequality and poverty in communities across the urban – rural continuum; enhanced shared prosperity of cities and regions; strengthened climate action and improved urban environment; and effective urban crisis prevention and response.

Currently in the framework of the UN-Habitat Strategic Plan 2020-2023 dozens of projects on scalable urban interventions that catalyse positive change are underway.