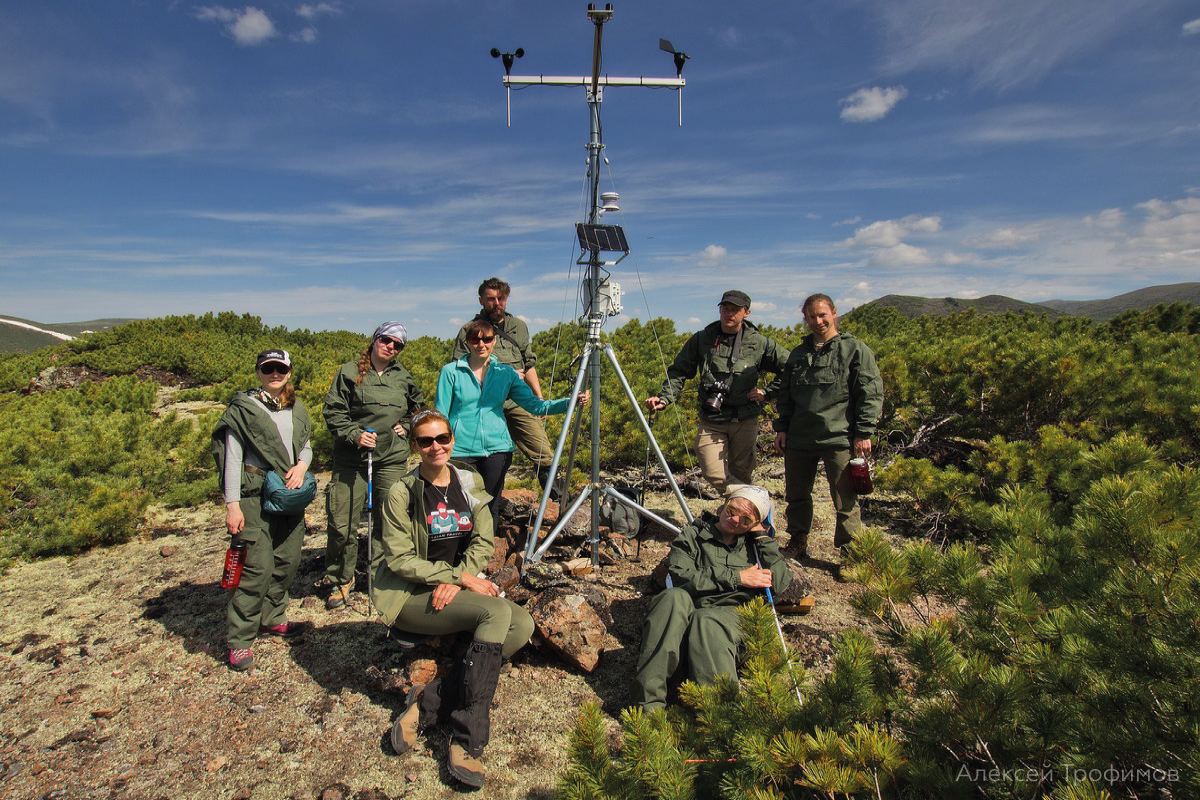 From 10 to 22 June 2018, a popular scientific expedition on brown bears counting initiated by the Lake Baikal Foundation was held. The expedition took place in the territory of the Pribaikalye Reserve. The purpose of the event is to contribute to the study of the unique fauna of the Baikal region and to promote the development of cognitive tourism in the Baikal natural territory. Svetlana Babina, deputy director for scientific work of the «Zapovednoe Pribaikalye» reserve, shared her impressions about the first project of this format:

«What we all did together this year is great! In June, in the framework of the development of cognitive tourism in specially protected natural areas «Zapovednoe Pribaikalye» reserve and the scientific adventure expedition community Russian Travel Geek (RTG) carried out the first joint scientific expedition «Bear Shore».

The scientific goal of the expedition is to count the brown bear in places of spring and summer concentration, mapping of bear traces, the data removal from an automatic meteorological station in the mountains, the registration of ground squirrels and the selection of biological samples in the Tazheran lakes. The route of the expedition passed through the territory of the largest intracontinental concentration of the brown bear – the Baikal-Lensky reserve.

The expedition members visited the Tazheran steppes with their salt lakes, saw the headwaters of the Lena River, passed 230 km near the water along the western shore of Lake Baikal. Thanks to cooperation with RTG, the expedition was held in a new format for us. Scientists and science popularizers led the expedition, and the tourists who joined them made contributions that covered the costs of organizing and conducting scientific research. The scientist got access to the object of his research, tourists – a unique scientific view of the world, access to the most interesting places of the reserve and, of course, satisfaction from their personal contribution to science. Guides and scientists of the «Zapovednoe Pribaikalye» reserve tried to make the expedition’s route interesting and entertaining, and to involve all participants in scientific activity as much as possible. Tourists conducted bears counting along the Baikal coastline from boats, recorded and described the track activity of bears in the forest – traces, scuffs, scratches, cracks, snacks, recorded ground squirrels and even developed a new method for mapping the holes of this animal! During the expedition, our scientist guides revealed to the participants the scientific specifics of the region and the events occurring around them, and almost every expedition day ended with a popular science session.

This approach to the expeditions organization is aimed at making science truly open for all, forming a broad understanding among Russian society of the modern role of specially protected natural areas in preserving biological and landscape diversity.

On my own, I can add that everything was fine. The expedition participants were very pleased that they had visited the Coast of the brown bears. We managed to disclose to our guests the secrets of forest trails and the life of wild animals, immerse them in the historical past of Baikal, introduce them to real scientific expeditionary life, and most importantly «infect» them with our love for Baikal. I consider the guarantee of the success of our event – a joint cooperation between the «Zapovednoe Pribaikalye» reserve, the Lake Baikal Foundation and Russian Travel Geek. Everything was organized at a high professional level. We plan to continue to develop this direction. We have all resources to realize it – the unique nature of Baikal, the material and technical base, specialists, and most importantly the desire to develop in this direction. Reserves and national parks in Russia have a great need in public support, and cognitive tourism is one of the tools for its formation. The expedition «Bear Shore» is a wonderful example of cognitive eco-tourism, carried out on the territory of the reserve.

The «Zapovednoe Pribaikalye» reserve expresses its gratitude to the Lake Baikal Foundation for the initiative, interest in our proposals and assistance in organizing this expedition! We look forward to further cooperation!»