Global environmental challenges at Baikal and ways of their solution 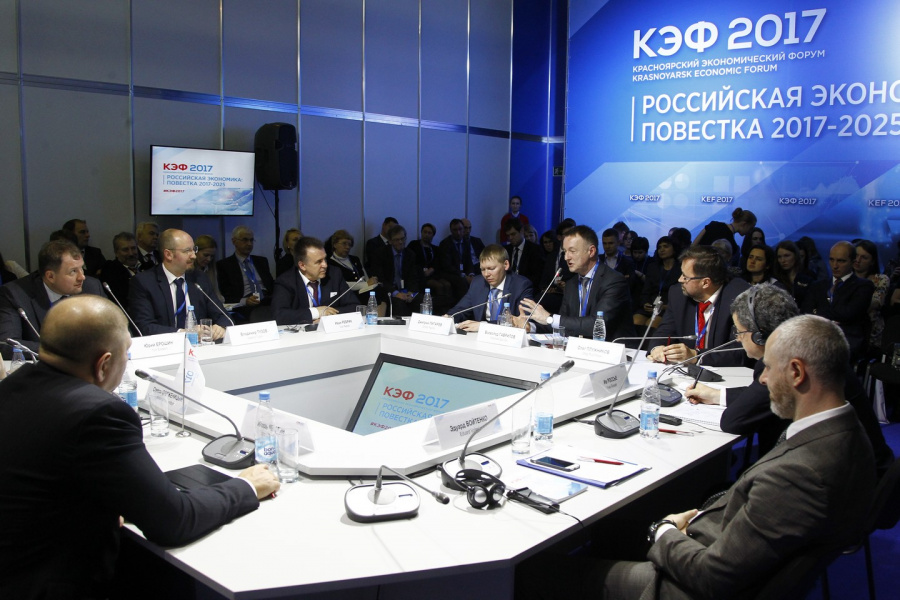 April 21, 2017 in the framework of the Krasnoyarsk Economic Forum, a brainstorm «Global environmental challenges and prospects» took place. Eduard Voytenko, Chairman of the Lake Baikal Foundation Board of Trustees, drew the attention of the audience to the possibilities of developing the Baikal natural territory and priority measures to protect Lake Baikal.

According to Eduard, the Year of Ecology provoked an exorbitant information and commercial excitement around Lake Baikal. The confrontation between orthodox groups of Baikal defenders and «sellers» constraints the work on programs on its protection and development. The profile federal executive bodies lack the qualitative expertise, there is a failure in understanding the environmental and socio-economic priorities in the projection of Baikal. Dialogue around the lake urgently needs to be directed to the constructive channel, returning the function of expertise to scientists from the profile institutions; otherwise Baikal becomes a bargaining chip of short-term political and economic benefits pursued by various movements.

Speaking about the tourism on Lake Baikal, Eduard emphasized that under conditions of impossibility of a complete ban on visiting the Baikal natural territory, we should concentrate on tourism services with high added value, designed for a smaller tourist flow. It would be reasonable to create a niche and premium tourism, educational and cognitive ecotourism should also be developed. On the one hand, these are more profitable directions, and on the other hand, they carry less burden on the ecosystem. In addition, educational and scientific tourism increases both the reputation and capitalization of the Baikal region as an advanced world player in this innovative area.

The Chinese issue on Baikal, which gets into the focus of the Lake Baikal Foundation researches, is one of the priorities. The market, designed for a mass Chinese tourist, needs both study and regulation. Today it is already difficult to calculate the region income from a Chinese tourist, however, an exorbitant load on the ecosystem of the lake is already evident. In his speech, Eduard used the following comparison: «We must do Switzerland on Lake Baikal, and not Thailand. And besides tourism, we must develop technological knowledge-intensive business and ecological agriculture».

Speaking about breakthrough directions, the Chairman of the Lake Baikal Foundation Board of Trustees always emphasizes that tourism is not the only source for Baikal to survive. It is necessary to create and support scientific groups and research centers oriented on studies in the field of biomedical technologies and pharmacology. These are important directions for the «green» development of the Baikal region.

Brainstorming also touched upon topics of reducing greenhouse gas emissions, domestic waste processing,, forest conservation and air purity. The discussion was attended by representatives of environmental non-profit organizations and business communities, in particular heads of the profile areas of such companies as Sberbank, Gazprombank, RUSAL, SUEK. The session was moderated by Stepan Solzhenitsyn, a senior partner of McKinsey&Company.