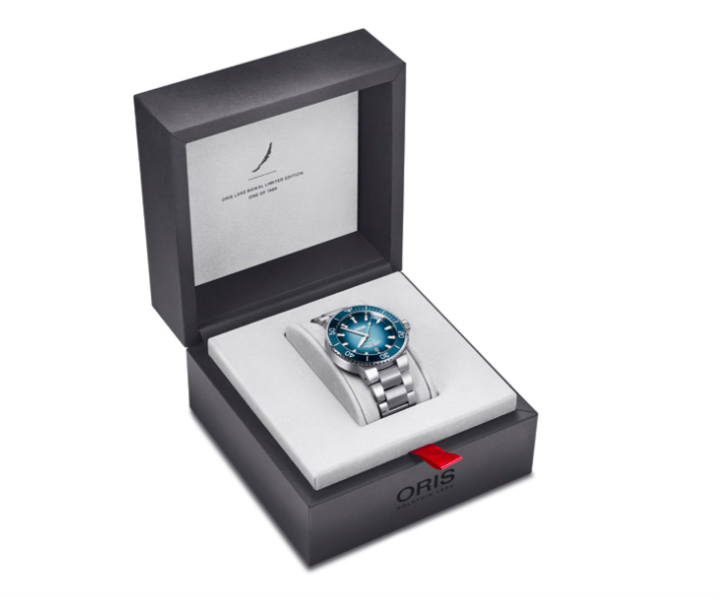 Oris, a Swiss manufacturer of mechanical watches, supports Lake Baikal Foundation in 2020. In cooperation with the Foundation the company launches the Oris Lake Baikal Limited Edition, the funds from the sale of which will be sent to support «Point No1», a unique monitoring study of the Baikal plankton and the most long-lasting regular environmental monitoring project in history of Russian science, which has been implemented by specialists of Scientific Research Institute of Biology at Irkutsk State University during 1945.

Oris works with non-profit organizations and environmental agencies around the world, focusing on the conservation of aquatic biological resources of rivers, lakes and seas, as well as the protection of the world’s oceans. In order to combine efforts to protect and study the unique lake Oris presents the Oris Lake Baikal Limited Edition on the high-performance Oris Aquis diver’s watch and made in partnership with the Lake Baikal Foundation. Every year the company seek out pioneering organisations who share their values and work to protect the world’s water. This year, it was decided to support Lake Baikal Foundation, as it promotes scientific research that allows to track the state of a unique ecosystem.

Rolf Studer, Co-CEOof Oris: «We’re proud to support the Foundation and to be contributing to the continued operation of «Point No.1» and the long-term health of the lake. Together, we can bring positive change to the environment».

The limited edition of the watch is released in the amount of 1999 pieces. It’s a symbolic number marking the year Russia adopted the Baikal Law protecting the lake. The Oris Lake Baikal Limited Edition is available in stores worldwide in February 2020.

Lake Baikal Foundation has been supporting the long-term environmental monitoring program for three years. During this time, the Foundation has sent 5 million rubles to support the project, but for the most effective work of the entire team, funding in the amount of 15 million rubles per year is required. The funds received from the sale of the watch will partially cover the annual contribution of the Foundation to the preservation of the project, which a few years ago was on the verge of closing due to lack of funding.

Anastasia Tsvetkova, CEO of Lake Baikal Foundation: «Thanks to such partner projects, the Foundation can expand the possibilities of grant support for fundamental research projects that have been neglected by state funding, but are strategically important for understanding the state of the Baikal ecosystem. We thank Oris for its charitable initiatives in the field of environmental research and protection».