Results of the study on the solid communal waste morphology in Zabaikalsky national park: recycling potential 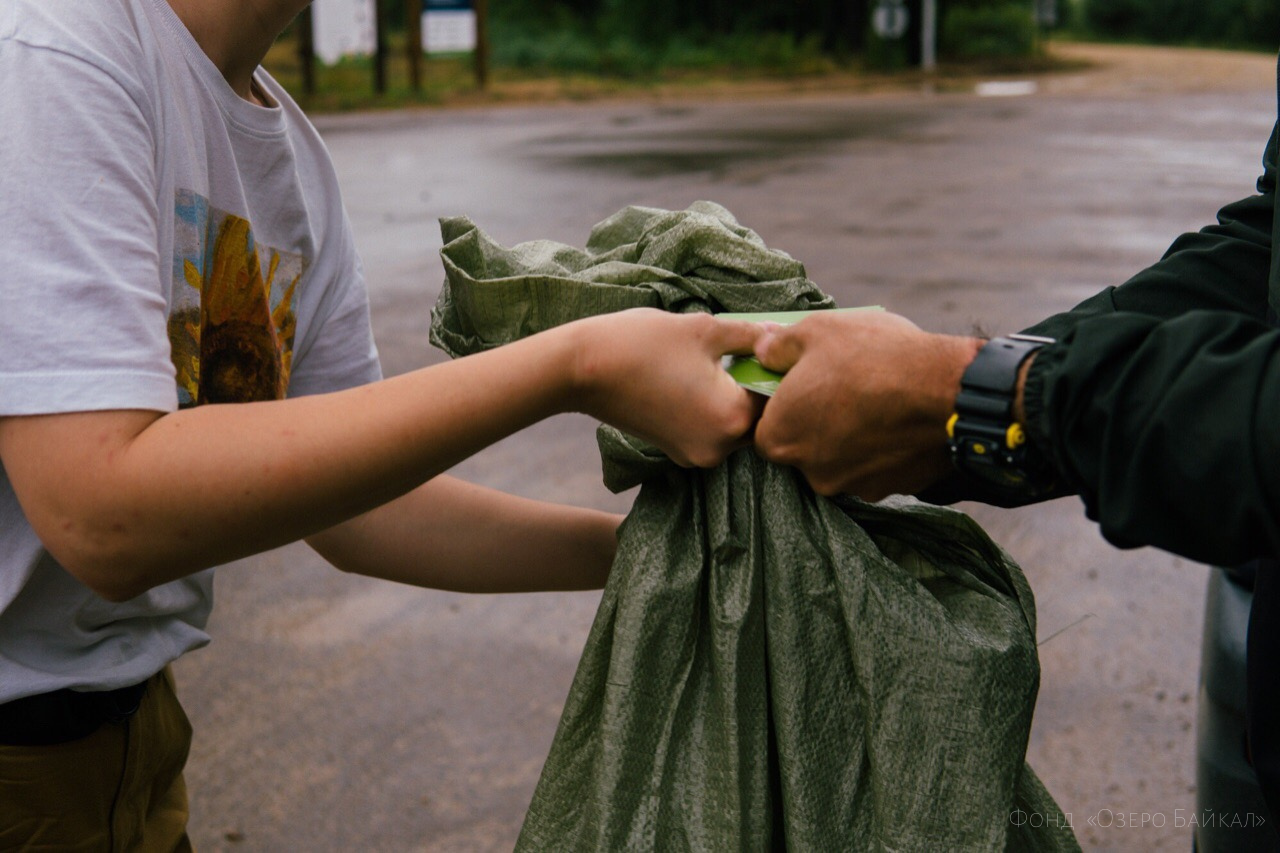 Within the framework of the pilot environmental project of the Lake Baikal Foundation «Trash Free National Parks» waste morphology experts have analyzed 595 kg of waste collected in 5 days during the 2019 tourist season at container sites of Zabaikalsky national park and adjacent territories. Data on this are presented in the report on the results of the first phase of the project. Olga Ulanova, international expert in the field of environmental and sustainable waste management, was invited to lead the study. The work was attended by specialists and interns of profile areas of the East Siberian State University of Technology and Management, Irkutsk National Research Technical University and St. Petersburg State University.

According to the results of the study, the dominant fractions (about 2/3 of the total volume of waste) were organic (food) waste — 29% and glass — 24% (glass containers of alcoholic and non-alcoholic beverages, broken glass, porcelain, fragments of glassware). About 11% of all waste was a plenty types of plastic. Metal (aluminum, tin cans) made up more than 7% of the composition of solid communal waste. Hygiene products occupied 4% of the waste, waste paper — 2%.

It was also revealed that there were hazardous wastes in the composition of solid municipal waste in small quantities (2%) brought by visitors to the protected natural area: accumulators and electric batteries, old car bodies, paints and solvents, frying and technical oils, expired medicines, aerosols, obsolet or out of order electrical and electronic equipment, mercury-containing medical devices, fluorescent lamps. Hazardous wastes cause great harm to the environment and should be removed by visitors from the territory of the national park to special points of waste collection and disposal.

Morphological analysis of the composition of municipal solid waste was carried out during the peak tourist season (from 1 to 10 August 2019). The study was based on an indicative sample providing information on the qualitative composition of municipal solid waste of the local population and seasonal tourists. Waste sampling was carried out in places of organized tourism, regulated tourism, partially regulated tourism, places of unorganized tourism (including the Ust-Barguzin municipal beach where the flow of tourists is not regulated) and in a village with local citizens permanently residing in the national park. The experts worked in two groups, the total length of the research route was 109.65 km.

To determine the morphology of municipal solid waste in Zabaikalsky national park the experts selected and adapted the German standard method «LAGA PN–98» to local conditions. Waste removal in the national park in the summer occurs 3 times a week, but at the request of experts, at certain points, the waste accumulated in containers for 5 days. To analyze the composition of solid communal waste, samples of waste from pre-opened plastic bags, boxes in containers in the park and in natural landfills located in adjacent areas were mixed. Mixed waste was distributed in a thin layer on a clean surface. The waste was manually sorted into 14 fractions and examined by a special method. Based on the results of field work, 595 kg of waste were analyzed, including 270 kg of recyclables. Processed fractions accounted for 42% of the total solid communal waste volume which indicates a high potential resource of recyclables in Zabaikalsky national park.

The study will form the basis of the concept of sustainable waste management in Zabaikalsky national park. The resulting figures will allow to establish cooperation between the national park, recycling companies and processing enterprises. The main goals of the future concept are to ensure competent recreational behavior of visitors, the introduction of separate waste collection and the reduction of the anthropogenic load on the protected natural area. The information received will help to formulate an actual program to prevent the appearance of garbage in unauthorized places in Zabaikalsky national park and to increase the awareness of visitors about how to change their environmental habits for the better.

The project «Trash Free National Parks» is implemented in collaboration with the special nature protected area «Zapovednoe Podlemorye» with the support of the Presidential Grants Foundation.

Zabaikalsky national park was created to protect and study the unique, intact natural complexes of the Svyatoy Nos (Holy Nose) Peninsula, the southern part of the Barguzinsky Range to the Barguzinsky Reserve, the Barguzinsky and Chivyrkuisky Bays of lake Baikal, the Ushkany Isles, as well as to organize regulated recreational tourism activities in this territory.

During the tourist season of 2019, from May to September, 25,940 tourists visited the park.