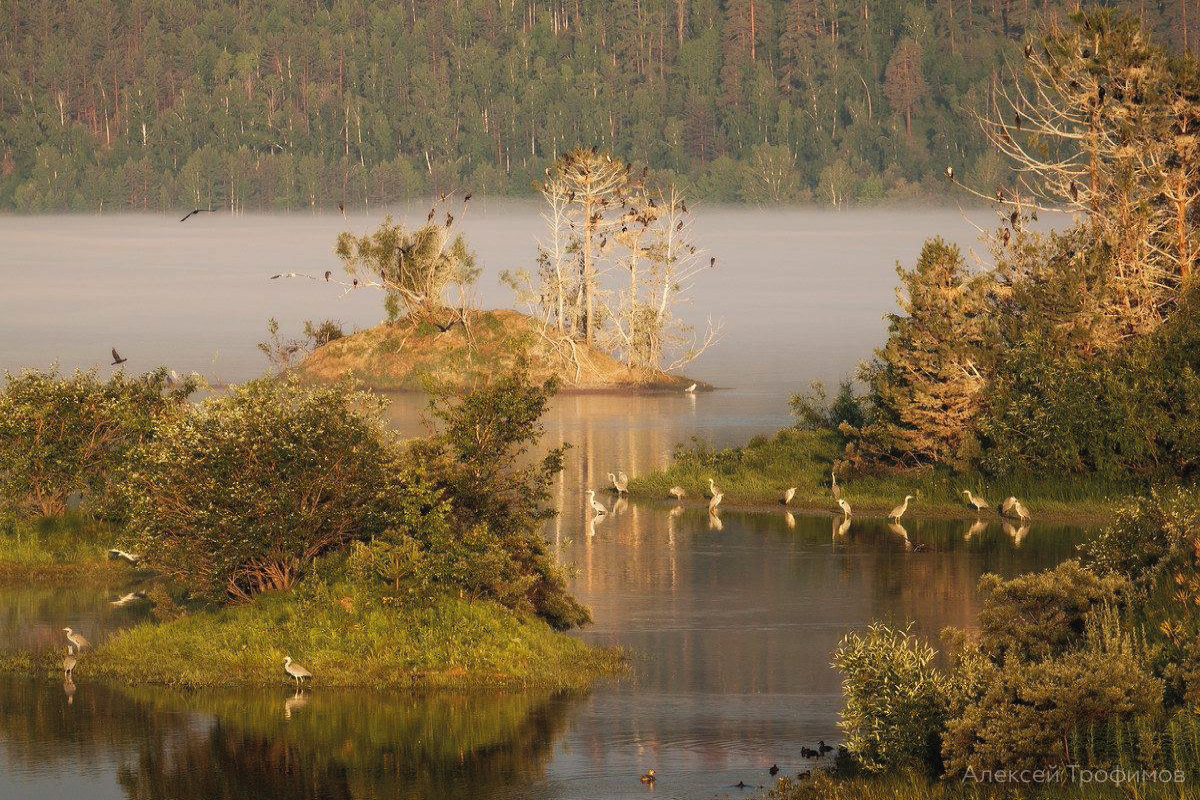 From 7 to 19 June, a scientific expedition of monitoring for water birds in the southern part of Lake Baikal in the situation of long-lasting low-water period was held. The research was carried out with the financial support of the Lake Baikal Foundation as part of the «Baikal Initiative» grant competition for young scientists. The head of the project was Alexander Povarintsev, research associate of the ISAU named after. Ezhevsky, senior lecturer of the Applied Ecology and Tourism Department.

The total length of all routes was 453 km, 8 km of which scientists walked, 10 km passed on a kayak, the rest of the route was covered with motor boats. The total surveyed area was about 300 km, 100 km² of which – within the state natural Kabansky reserve and its protection zone.

Scientists have determined that the population of Caspian tern remains at the same level. The colony, located in the Kabansky reserve, according to the records, contained 905 individuals. Four pairs of eagles were also found on the territory of the reserve, three of them had breeding success: 1 to 3 young birds were sitting in the nests. Another nest with one young bird was found outside the reserve.

The results of the two-week expedition, in conjunction with data obtained by other researchers in the eastern and western parts of the delta, will allow scientists to estimate the number of colonial bird species in the entire wetland area of the Selenga delta and compare them with similar data from the 1980s and the 90s, and also to determine effective measures for their protection and conservation of populations on the Baikal natural territory.