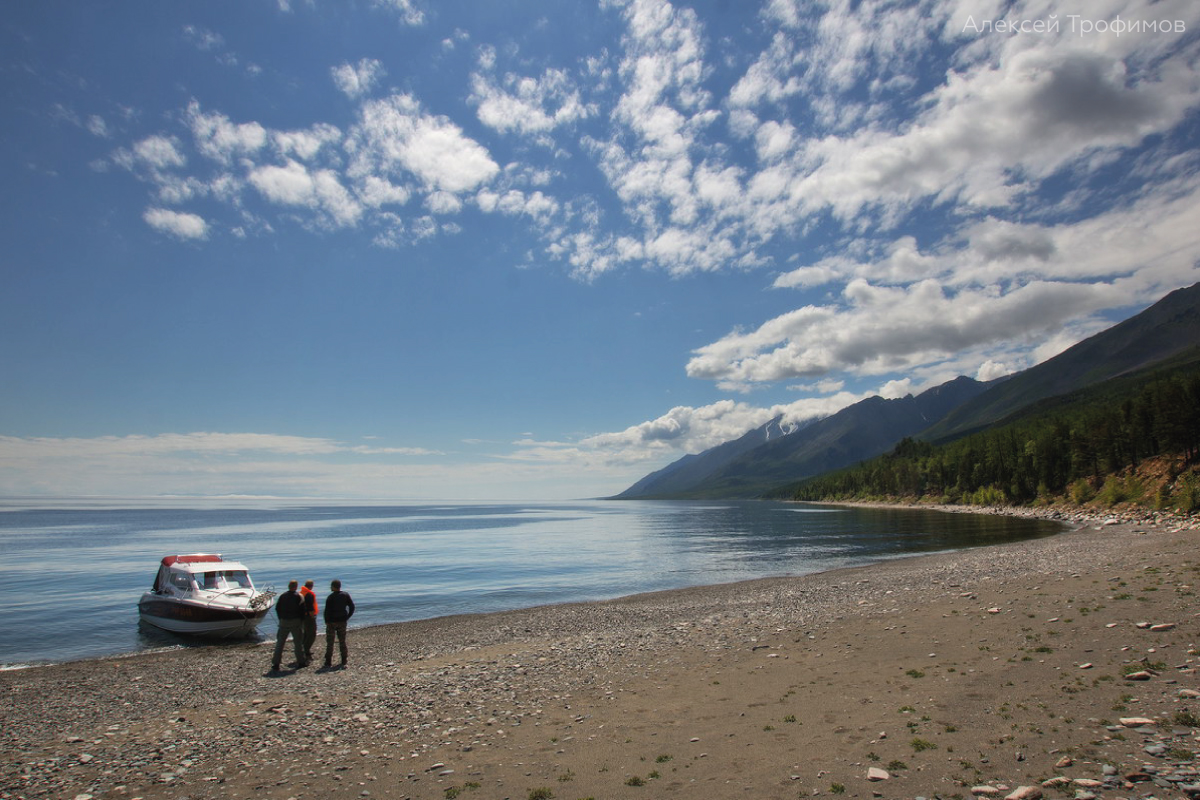 The data were obtained in the framework of grant assistance provided by Lake Baikal Foundation.

Recently, especially during the summer, sanitary condition of the lake has deteriorated. Anthropogenic impact on the Baikal has increased due to mass tourism, navigation, sewage from coastal settlements and camping sites.

In 2018 Lake Baikal Foundation allocated a grant to the Limnological Institute for microbiological analysis of water in lake Baikal. The data obtained is essential for taking measures to improve environmental situation in the region. Considering that the southern part of the Baikal called Maloe More (Small Sea) is the most popular tourist site in summer due to small amount of rainfall, insolation and warm water in the bays, principal emphasis was made exactly on it.

The samples of superficial and benthal lays of water were being collected from 2 to 6 of July 2018 – at the beginning of tourist season in the southern part of Maloe More (the bays Mukhor, Hugir-Nugaisky, Irkutskaya Guba) and in the south-western part in the strait Olkhon Gates (the bays Kurkut, Khul, Zagli and Bazarnaya). Sampling for the analysis was carried out according to the national standards GOST 31942-2012 [1]. The analysis and interpretation of the results were made according to the standards of SanPin 2.1.5.980-00 и МУК 4.2.1884-04 [2, 3]. As the Baikal water is used for economic, domestic and recreational needs, it was analyzed according to sanitary-microbiological standards for the II category of water use. In the samples the scientists evaluated the quantity of Coliform bacteria (CB) and Thermotolerant coliform bacteria (TCB), which cannot exceed 500 and 100 CFU (colony-forming units) per 100 ml. To get additional information about water sanitary condition they evaluated the quantity of Enterococci and index of self-purification of water. Enterococci numbers higher than 50 CFU per 100 ml implies recent fecal contamination ingress because it reflects correlation between autochthonous flora and allochthonous flora. The difference can be seen in the end of self-purification process. (Index of self-purification is 4 and higher).

Coliform bacteria were detected in all the bays of the Maloe More in numbers not exceeding admissible values regulated by SanPiN 2.1.5.980-00. The highest numbers of CB and TCB were found in the bays Mukhor, Hugir-Nugaisky, Irkutskaya Guba and Bazarnaya (OCB equalized 1-129 CFU/100 ml, which means 500 CFU/100 ml; ТCB – 1-78 CFU/100 ml, less than 100 CFU/100 ml). Enterococci were also detected in all water samples. In the Mukhor bay the numbers were 86 CFU/100 ml, in the Irkutskaya Guba bay – 164 CFU/100 ml. Such indicators imply recent fecal contamination ingress into the water. It is worth saying that there are a lot of camping site on these bays’ coastlines. On the contrary, in the bays Hugir and Zagli characterized by low anthropogenic impact coliforms and Enterococci were found in single quantities. In all the samples the scientists found high index of self-purification which means the completeness of self-purification processes.

All in all, water condition in the bays of southern and south-western parts of the Baikal corresponds with CB and TCB standards of San PiN 2.1.5.980-00. In the bays Mukhor and Irkutskaya Guba Enterococci numbers exceeded recommended quantities written in methodological guidelines on microbiological assessment (MUK 4.2.1884-04), which implies recent fecal contamination ingress into the bays’ water. The most favorable microbiological condition was registered in the bays Khul and Zagli.