«The Baikal Without Fishnets»: results and plans of the project 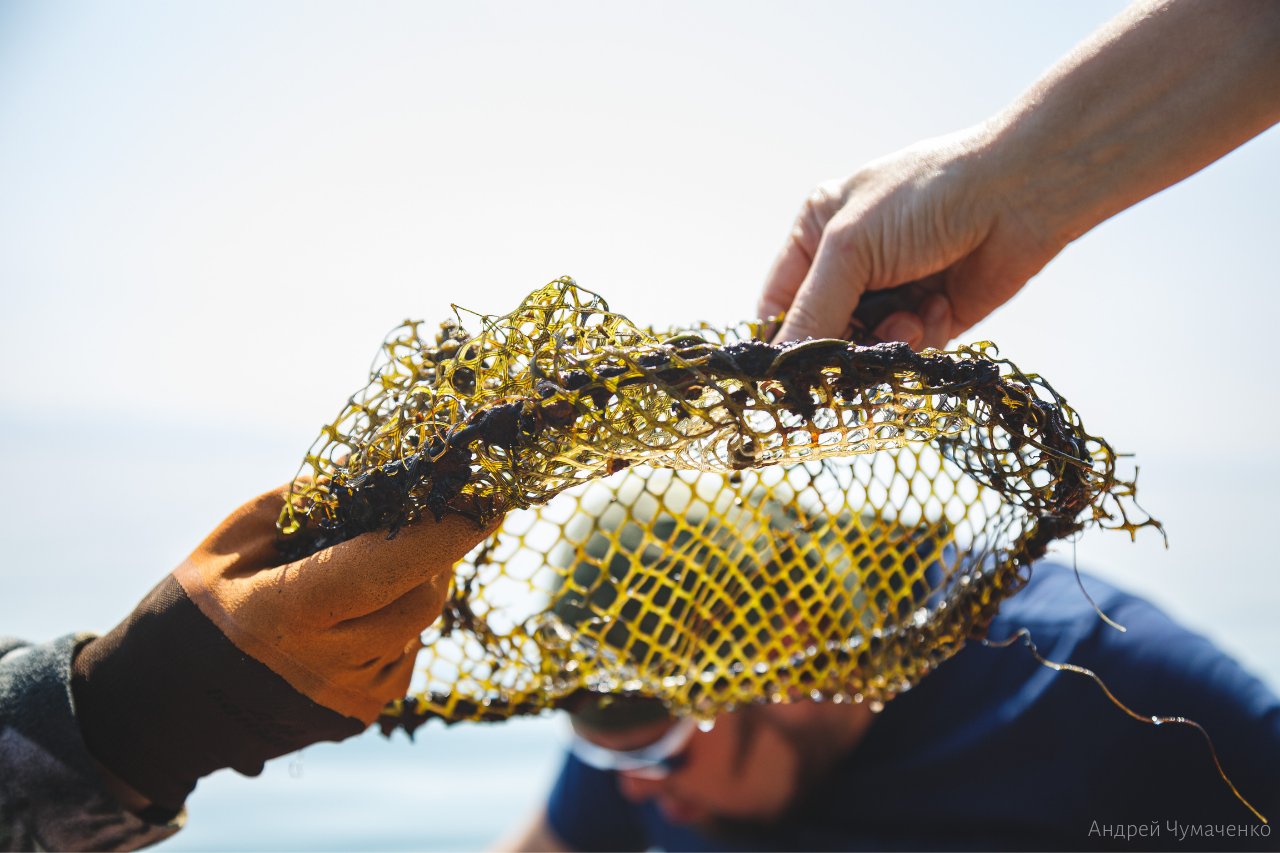 Scientific research within the framework of a project to study the network pollution of the deepest lake on the planet is ended.

We are ready to tell you how we implemented this project, what conclusions we came to and what plans we are building for this year!

The roots of the project

«The Baikal Without Fishnets» project lasted almost the entire year 2021. The idea of its launch appeared back in March 2021, when the Irkutsk Regional Environmental Public Organization «Depth of Responsibility» addressed the Lake Baikal Foundation with the initiative to implement the project, and the latest scientific reports were received only in December 2021. The collection of materials of the round table was prepared already in January 2022.

Baikal without Nets was conceived as a comprehensive project aimed at obtaining reliable data on the pollution of the shoreline of Lake Baikal by sunken fishing nets, cleaning the lake from nets and studying the consequences of such littering.

Based on its scale, the project required large human and financial resources. The project was implemented in cooperation with the the Irkutsk Regional Environmental Non-governmental organization «Depth of responsibility», which coordinated the expedition part, and the Shirshov Institute of Oceanology of the Russian Academy of Sciences, which took over the planning of scientific research within the framework of the project. In turn, Lake Baikal Foundation was responsible for the financial support of the project, general coordination and analytics. The financing of the project came from three different sources: 500,000 rubles were received from Henkel, the World Around You Foundation of the Siberian Wellness Corporation supported the project in the amount of 809,421.5 rubles, as a result of our victory in the grant competition for non-profit organizations «Support Will Come», conducted by Tinkoff Bank with the support of the Foundation «Help Needed» we received 1,992,320 rubles. Thus, the total budget of the project amounted to 3,301,741.5 rubles.

As a result of the joint discussion of the project, work was organized in three directions: in the practical, scientific and analytical ones.

The practical part of the project was to obtain objective information about the pollution of Lake Baikal by sunken fishing nets. To achieve this task, three independent expeditions were organized, which covered almost the entire perimeter of Lake Baikal. The expeditions were attended by 25 people from among professional divers and divers, representatives of civil society, public authorities and business. Divers and divers carried out dives in order to assess the state of the lake’s water area for its littering with sunken nets, and also retrieved the discovered nets to the surface. In total, about 840 kg of fishing nets were recovered, which were transferred for disposal. In addition to nets, other objects that pose a threat to the ecosystem of the lake were discovered during underwater observations, for example, sunken batteries near the berths. After the completion of the expeditions, a map of «network» pollution was compiled.

In order to study the consequences of network pollution, samples of water, biomaterials, fouling from networks (more than 60 samples in total) were taken for subsequent analyses. The research was carried out on board the vessel and in the scientific laboratories of the Scientific Research Center for Environmental Safety of the Russian Academy of Sciences in St. Petersburg and at the Shirshov Institute of Oceanology of the Russian Academy of Sciences in Moscow.

Scientific research was carried out in four directions:

On the surface of the sunken nets, the specialists of the Institute of Oceanology discovered new communities of microalgae and cyanobacteria, not previously described for the lake. A lot of work has been done to describe the impact of sunken nets on bottom and bottom invertebrates living in the shallow waters of Lake Baikal, a number of hydrochemical analyses important for understanding the situation have been carried out. Cyanobacteria of non-toxic species were found in samples analyzed by specialists from St. Petersburg. Promising areas of scientific research are further investigation of the presence of cyanobacteria in the lake and their species, study of the process of destruction of sunken nylon nets and their disintegration into microplastics, study of the formation of “overseas phenomena” under the sunken net.

The analytical and legal part of the project consisted in the analysis of the data obtained on the places of accumulation of the discovered sunken networks and the consequences to which such pollution leads, as well as the analysis of the network pollution map. The data obtained were presented at the interregional round table «Pollution of reservoirs by sunken fishing nets: causes, consequences, solutions». Following the results of the round table, a collection of materials was prepared.

Results of the project

Summing up the implementation of the Baikal without Networks project in 2021, we can safely say that we have managed to form a community that is engaged in solving the problem of network pollution of reservoirs. All involved project participants and community representatives acknowledge the existence of a problem related to sunken fishing nets and poaching. However, despite the unanimous recognition of the existence of the problem, experts put forward different ways to solve it.

After analyzing the results of the field, scientific and analytical parts of the project, the Lake Baikal Foundation came to the following conclusions:

In this regard, the implementation of «The Baikal Without Fishnets» project will continue in 2022. Sampling for scientific research, associated cleaning of the lake, as well as the development of a resolution to address the problem of sunken fishing nets are planned, which will describe in detail possible preventive measures and educational activities that can be implemented both at the legislative and executive levels, both by state bodies and non-governmental organizations.