The results of Baikal seal research 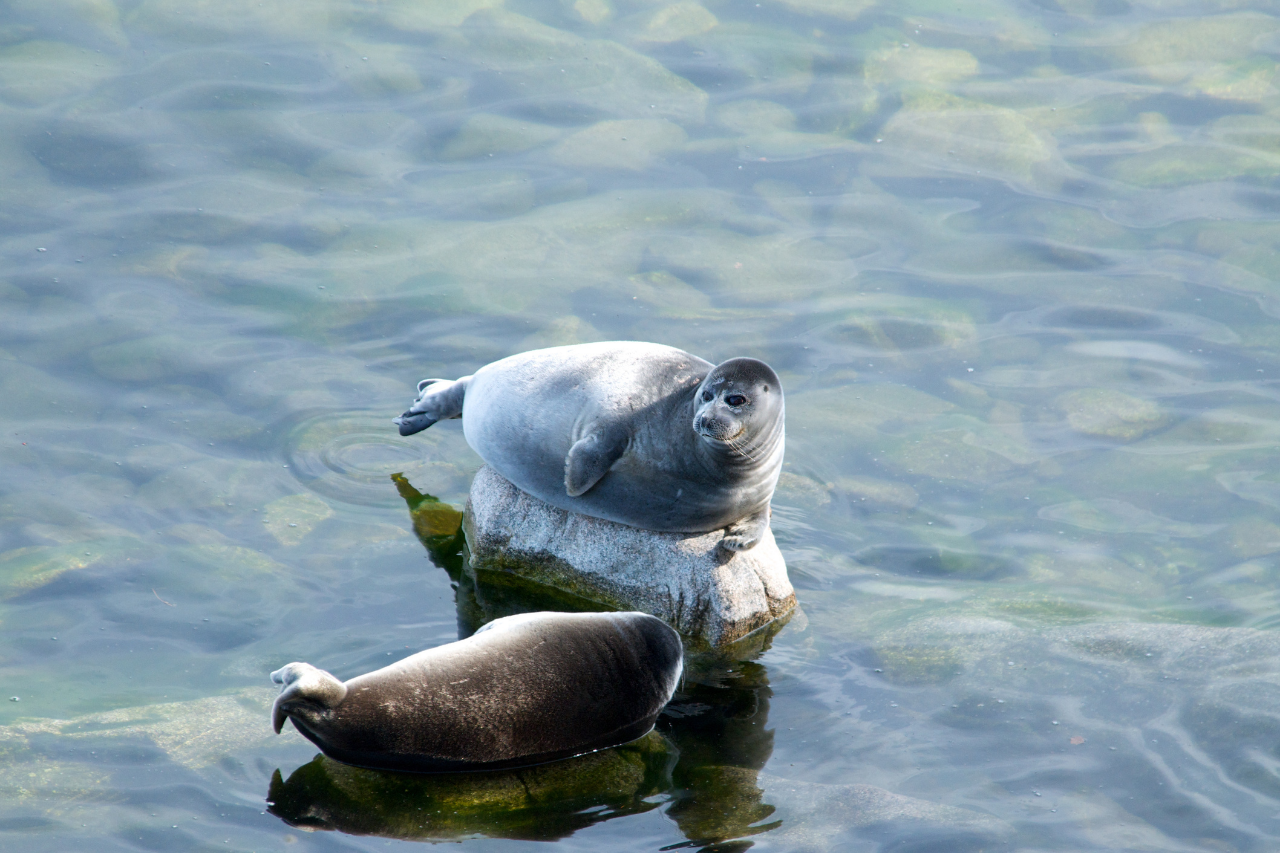 The virological and toxicological studies have been finished, and also data from satellites has been analyzed basing on the results 10 days’ expedition on the research of Baikal seal, organized in July 2019 by the Lake Baikal Foundation together with the experts from A.N. Severtsov Institute of Ecology and Evolution, employees of Baikal branch of the Federal State Budget Scientific Institution «Russian Federal Research Institute of Fisheries and oceanography», and Federal State Institution «Zapovednoe Podlemorye». The expedition was undertaken with the assistance of the Presidential Grants Fund.

The first data based on the results of satellite tagging:

During the expedition 9 males and 6 females were tagged by the satellite transmitters. All the species, except for one, were immature. The transmitters were affixed to the animal’s fur between the blades with the help of epoxy resin, wherein the sedative medications were not used and the animal’s state was being monitored by the specialists all the time, not letting the animal superheat. The satellite tags had been broadcasting the data on the species’ location every few hours for several months, starting from July 2019. The data obtained from the tracker had been filtered multiple times and had been processed in order to receive the eventual results.

This research allows obtaining unique information about the biology of Baikal seals and significantly broaden the scientists’ knowledge of displacements and seals’ habitat selection in different seasons. Thus, for example, the information on considerable difference between males’ and females’ displacements was received: during the tracking period males had swum the a twice greater distance.

From July to Septemberthe seals gradually spread around the aquatorium: in July they were observed only at the tracking points – archipelago of Ushkaniy Islands, while in August and September some species occupied other aquatoriums (seacoast of Olkhon island, seacoast of Svyatoy Nos island). In October, the movements’ activity on the aquatorium had drastically reduced and the animals again concentrated mainly near Ushkaniy Islands, which not only corresponds to the literature data about the animals’ return to the early-freezing shallow waters in this period, but also demonstrates the attachment of the majority of seals to the archipelago’s aquatorium – it was not mentioned in the early researches.

During November and December, animals spread around open lake’s aquatoriums, which signifies a possible beginning of ice occurrence. In January, signals from 7 remaining working transmitters on the seals were coming from the southern part of the lake.

The data, collected in July-November, illustrates a great significance of Ushkaniy Islands’ area as a key place of Baikal seal’s habitat both in summer period and in the period of ice formation on the lake.

The scientists emphasize that to expand knowledge on Baikal seal, it would be interesting to conduct a similar investigation with mature species in order to compare the results and to receive data on animals’ distribution during the breeding period.

The toxicological studies are necessary, as the seal is a last link in numerous food chains of Baikal water ecosystem. Conducting extensive migrations throughout the lake, it reflects all the ongoing processes in the lake and becomes an indicator of the Baikal ecosystem’s state as a whole.

The Baikal seals are very sensitive to the effects of pollutants. Accumulation of toxicants in the organs and tissues of the Baikal seals – persistent organic pollutant (POP), heavy metals and other pollutants – takes place mainly through the food objects and could be considered as a cause of immunodepressive state, leading to a range of diseases, including the fatal for the seals epizooty of 1987-1988.

Samples of biological material for the toxicological researches were collected from 4 immature species (2 females and 2 males) and from 1 mature female: venous blood was taken from the Baikal seal’s hind flipper at the moment of its physical immobilization. A range of heavy metals (mercury, cadmium, lead, zinc) and arsenic were identified in the blood of the investigated animals.

Since the fishing regulations for the Baikal fishery basin permit seal’s hunting for the small indigenous peoples of the North, Siberia and the Russian Far East, for their communities conducting traditional fishing in the period defined by law, scientists compared the concentration of heavy metals with the hygiene food safety requirements,  regulated by SanPiN 2.3.2.1078-01. The concentration of cadmium, lead and arsenic in the Baikal seal’s blood did not exceed the acceptable level of toxicants for the slaughter animals. However, a female had the content of mercury – the most toxic heavy metal – was 1.4 greater than the maximum permissible concentration.

Speaking of POPs, a full list of investigated organochlorine pesticides was identified in the blood of researched animals, including the one listed by the Stockholm convention. A high content of banned from use DDT (insecticide, applied against mosquitos, pests of peanut, soybeans and cotton) and its metabolite 4,4`- DDE. These and other pesticides, which have not been used in Russia for a long time, get into Baikal through the air from different countries (through a so called transboundary transport). Among the toxaphenes – insecticides, also included in the list of forbidden POP by the Stockholm convention and applied on the territory of the USSR in 1960s-1970s as a cheap substitution of DDT – the two most dangerous biologically active congeners were detected (Тох26, Тох50). Polychlorinated planar dioxin-like biphenyls – POP were identified, being listed to the Stockholm convention. This class of pollutants can transport over considerable distances from the source of their emission and accumulates in the food chain. The influence of polychlorinated planar dioxin-like biphenyls is associated with a number of negative consequences, including immunodepression, change of organism’s hormonal status, and also an impairment of the reproductive function.

The results of virology studies:

During the laboratory researches basing on the expedition’s results an analysis was carried out on nasal swabs and swabs from eyes, collected from 21 species with the help of PCR for the determination of availability of genetic material of the orthomyxoviruses (comprising flu); the morbilliviruses (including dogs’ and seals’ plague); herpes viruses; lyssaviruses (comprising rabies); complex of SARS.

It is important to note, that signs of external traumas were found on the bodies of 35% captured seals (allegedly because of the fishing nets), and external signs of diseases of not identified etiology. This means that it is necessary to pay special attention to the prevention of seals getting caught in the nets and continue the investigation on the wellbeing of the population.

During the summer expedition 15 seals were tagged by the satellite beacons, 174 samples of biological material were collected from 23 Baikal seals: 39 nasal and 39 eyes swabs for the virological researches, 21 hair samples for the genetic studies, 21 hair samples for hormonal investigations, 12 plasma samples for immunological and serological researches, 30 samples of formal elements of blood, which were devoted to the hormonal and toxicological investigations, 7 whole blood samples for the genetic studies, 5 whole blood samples for the toxicological studies. Samples were taken by non-invasive and minimally invasive methods.