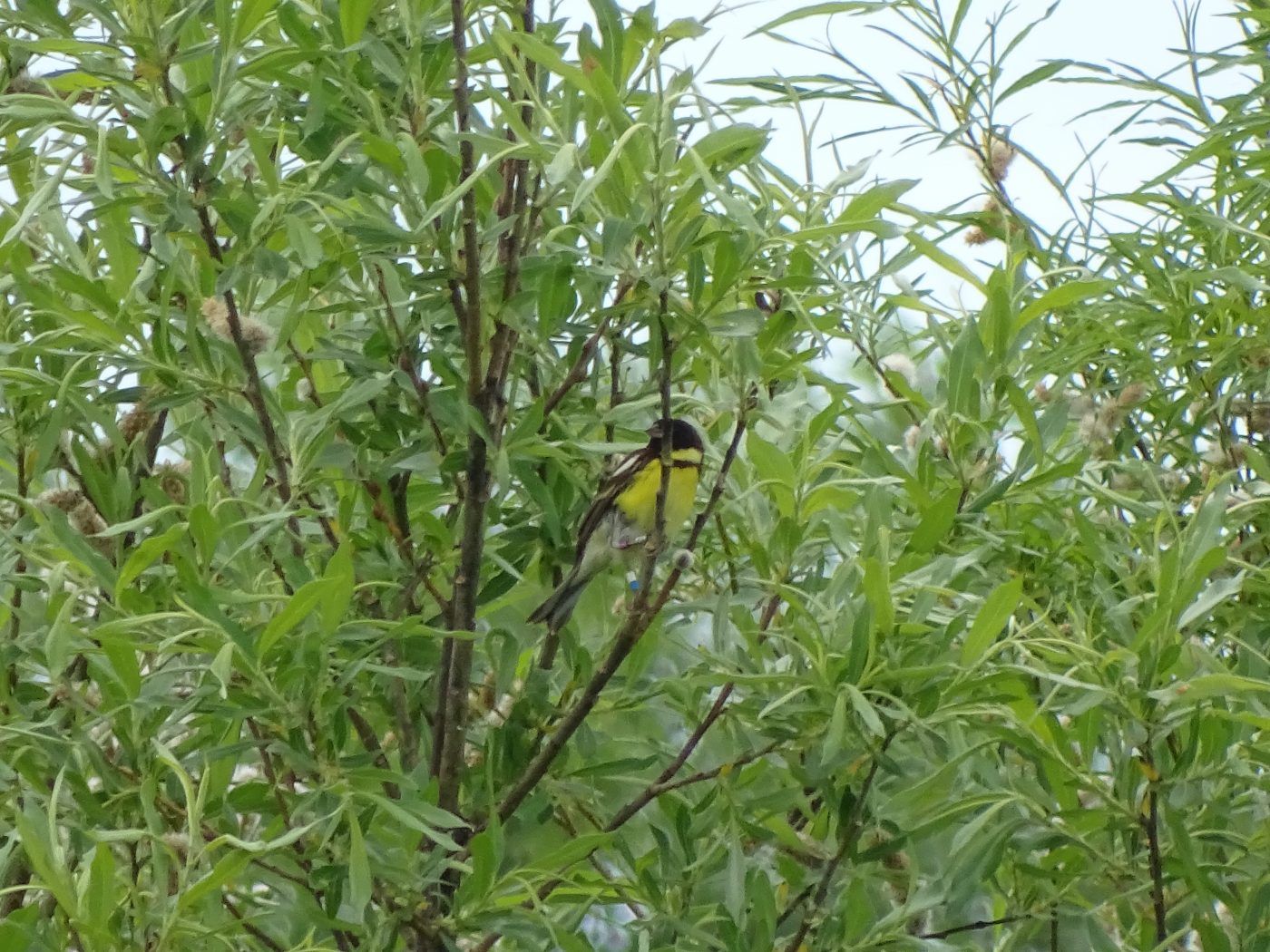 On June 8-25, the Baikal Nature Reserve staff completed the project «Preserving the Yellow-breasted Bunting Population». Being one of the most widespread bird species in the second half of the XX century, over the last 30 years this bird has drastically decreased in numbers, disappearing from many Western areas of habitat. In the last few years the population of the Yellow-breasted Bunting has started to recover in many traditional breeding areas.

In 2019 11 males of the Yellow-breasted Bunting got ringed with colored rings and they were also hung on their backs with miniature sensors weighing 0.6 g which fix the lighting and time of day. Based on the lighting in the area where the bird is located, you can determine the time of sunrise and sunset, which indicates the location of the bird with an accuracy of at least 200 km. This accuracy is sufficient to determine the areas of migration and wintering. Each male was assigned an individual color combination of 4 rings: 3 colored plastic and one metal. These rings can be photographed or seen with binoculars and determine the combination from a distance without catching the bird.

Financial support for the project was provided by Lake Baikal Foundation . Part of the funds for field research in 2019 was raised on the platform Planeta.ru.