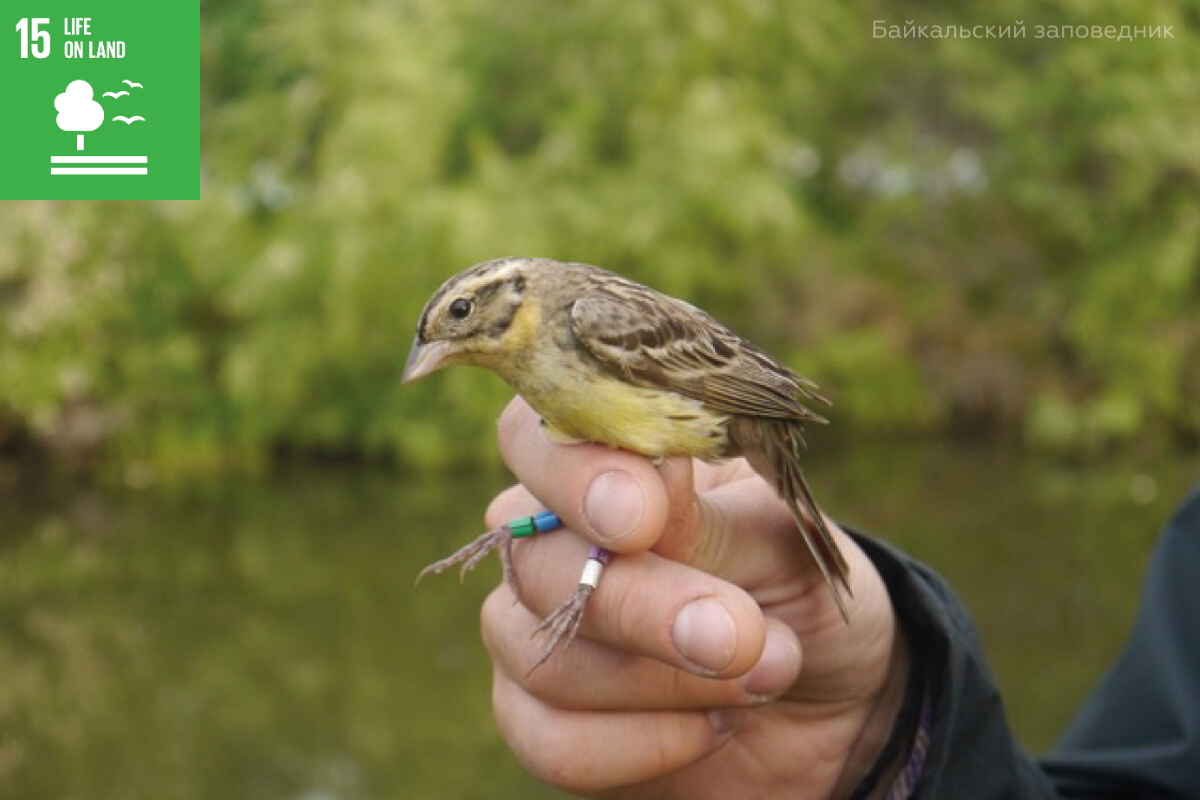 Lake Baikal Foundation advocates for saving Baikal fauna and in 2018 launched the first joint project with ornithologists from the Baikal Nature Reserve on protecting and studying the population of the yellow-breasted bunting.

Yellow-breasted bunting (Emberiza aureola) is a Eurasian passerine bird in the bunting family (Emberizidae). It used to be one of the most widespread bird species in Russia. Its breeding area stretched from Finland and south-western border of the Ukraine in the west to Kamchatka and Japan in the east. The yellow-breasted bunting inhabited the whole territory within the Baikal region and dominated in some areas. However, over the last 30 years this bird has drastically decreased in numbers.

Being one of the most widespread species, the yellow-breasted bunting is now on the Red List of the International Union for Nature Conservation in category EN (endangered). The species is included in the Red Books of the Irkutsk Region and the Republic of Buryatia. There is a threat of extinction of the species, both in the Baikal natural territory and in the world.

As a part of the international monitoring program for terrestrial bird species in East Asia in November 2016, China held a meeting on preservation of the yellow-breasted bunting. The directions of work were determined with the aim to preserve the species. Scientists consider that the main reasons for its number decline are degradation of the habitats, hunting in the wintering areas and on migration routes.

The Selenga delta, the key ornithological territory of world significance, was selected for researching. Wetlands the Selenga river delta are included in the list of the Ramsar Convention sites, are a part of the World Natural Heritage site of UNESCO «Lake Baikal», they are also under protection of the Federal Reserve «Kabansky». One of the most massive nesting settlements of the yellow-breasted bunting in the region and in the world is situated here.

In 2019 the researchers are going to collect a part of funds through crowdfunding. The money will be contributed to the activities on preservation of the unique bird. You can support the project at the platform Planeta.ru.