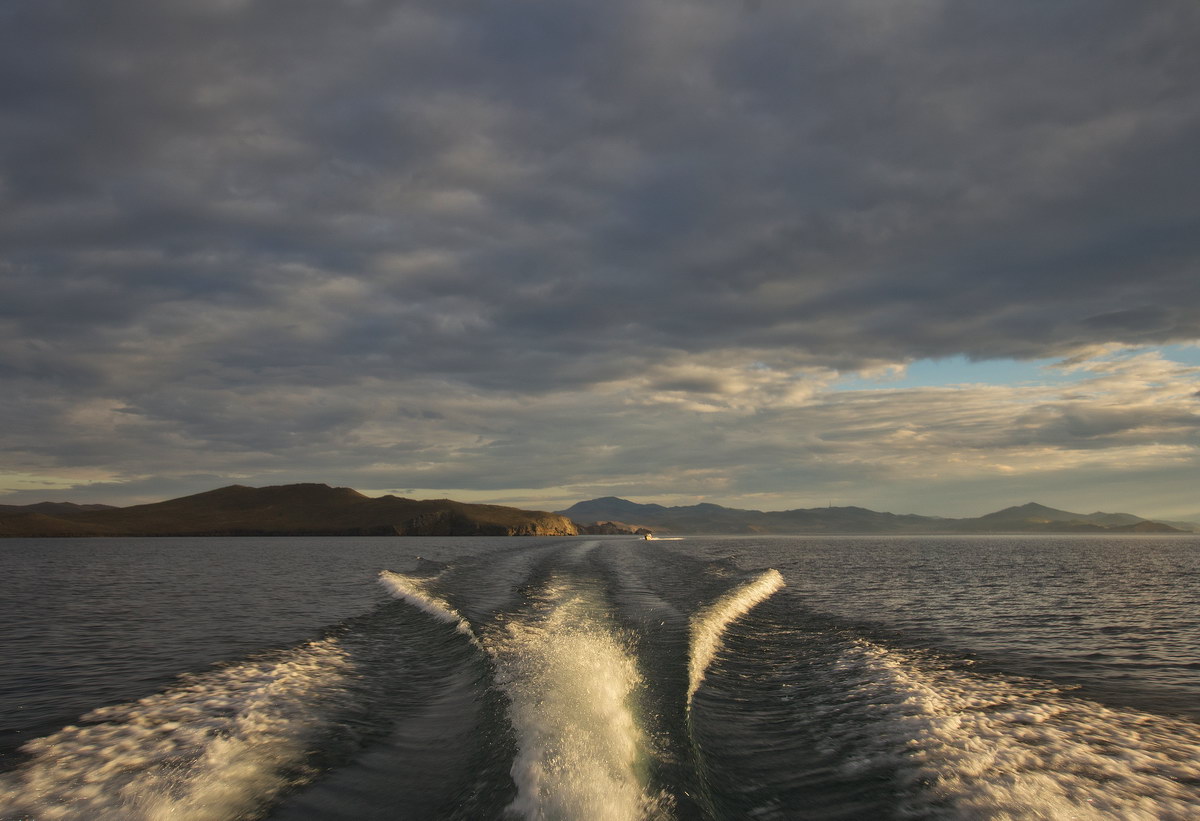 The first samples of water were collected in July 2018. During the second stage of research which lasted 8-17 August 2018 the samples of superficial and benthal lays of water were collected in the middle part of Maloe More (the Hugir bay); in the southern part of Maloe More (the bays Mukhor, Hugir-Nugaisky) and in the south-western part in the strait Olkhon Gates (the bays Kurkut, Khul, Zagli, Tutai and Bazarnaya). Sampling for the analysis was carried out according to the national standards GOST 31942-2012. The analysis and interpretation of the results were made according to the standards of SanPin 2.1.5.980-00 и МУК 4.2.1884-04. As the Baikal water is used for economic, domestic and recreational needs, it was analyzed according to sanitary-microbiological standards for the II category of water use. In the samples the scientists evaluated the quantity of Coliform bacteria (CB) and Thermotolerant coliform bacteria (TCB), which cannot exceed 500 and 100 CFU (colony-forming units) per 100 ml. To get additional information about water sanitary condition they evaluated the quantity of Enterococci and index of self-purification of water. Enterococci numbers higher than 50 CFU per 100 ml implies recent fecal contamination ingress and potential epidemic danger.

The research revealed unfavorable microbiological condition in 4 out of 8 examined bays. In samples from the Bazarnaya bay the CB number is double the norm, TCB are seven times the norm, the Enterococci number is six times the norm and index of self-purification is low (2,1-3,8). In the Mukhor bay, near the mouth of the Kuchulga river, they revealed the exceedance of Enterococci signal numbers 1,5 times higher the norm, in the bay Zuun-Khagun the number of TCB and Enterococci was double the norm. In the Kurkut bay, where there are harbours, the scientists also registered slightly higher numbers of TCB (1,2 the norm). In the Khugir-Nugaisky bay they saw quite big numbers of Enterococci, 5-7 times the norm, in the bays Khugirsky, Khul and Tutai Coliform bacteria and Enterococci did not exceed allowed and signal values.

Thus, the quality of water in the bays Mukhor, Kurkut, Zagli and Bazarnaya does not correspond SanPin 2.1.5.980-00 norm. The worst water quality was registered in the Bazarnaya bay. In the Khugir-Nugaisky bay Enterococci were found in numbers exceeding the signal values which implies recent fecal contamination ingress.

Recently, especially during the summer, sanitary condition of the lake has deteriorated. Anthropogenic impact on the Baikal has increased due to mass tourism, navigation, sewage from coastal settlements and camping sites.

In 2018 Lake Baikal Foundation allocated a grant to the Limnological Institute for microbiological analysis of water in lake Baikal. The data obtained is essential for taking measures to improve environmental situation in the region. Considering that the southern part of the Baikal called Maloe More (Small Sea) is the most popular tourist site in summer due to small amount of rainfall, insolation and warm water in the bays, principal emphasis was made exactly on it.