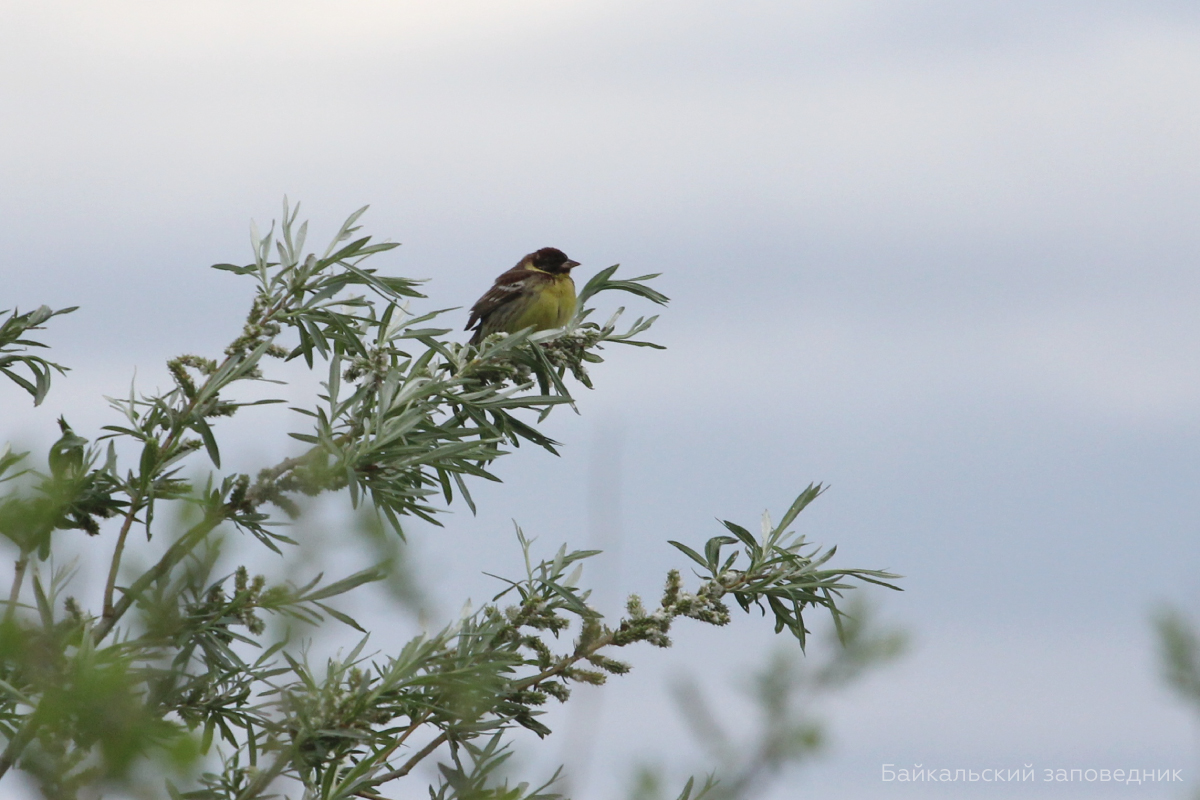 From 6 to 19 June, scientists of the Baikal Reserve conducted field work to identify migration routes and wintering areas of yellow-breasted bunting, which lives in the delta of the Selenga River. 10 people, including 6 colleagues from Westphalian University named after Wilhelm (Germany) participated in the scientific expedition. The research was carried out under financial support of the Lake Baikal Foundation. The amount of the grant was 250 000 rubles.

During the research, the scientists found 34 territorial singing males of the yellow-breasted bunting, although only 19 were found last year. The main habitat of this bird in the delta was also identified, there are rare ivy-tree bushes 1 to 4 meters high in meadows and swamps near denser willow thickets. A biotope description was made for 25 territories.

During the expedition, much effort was made to ring the yellow-breasted buntings. As a result, 11 birds were caught: 8 males and 3 females, all were ringed with plastic rings with an individual colour code and measured according to a standard procedure. Bird ringing was carried out to establish the observation of the yellow-breasted buntings migration during the year.

Other birds were also caught in the drag-net and tagged with metal rings by the ornithologists.  In total 198 birds of 16 species were caught. Except the yellow-breasted bunting , the most promising species for studying migration with the help of geologists are Siberian rubythroat, European swallow, white wagtail and crickets.

According to preliminary impressions of scientists, yellow-breasted bunting isn’t so rare in the delta of Selenga, but its density is much lower than 30-40 years ago.

A paper based on the results of the study, was published at Vesti Buryatia and can be found on: https://bgtrk.ru/tv/russia-24/rossiya-24-ezhednevnyy-vypusk/161321/