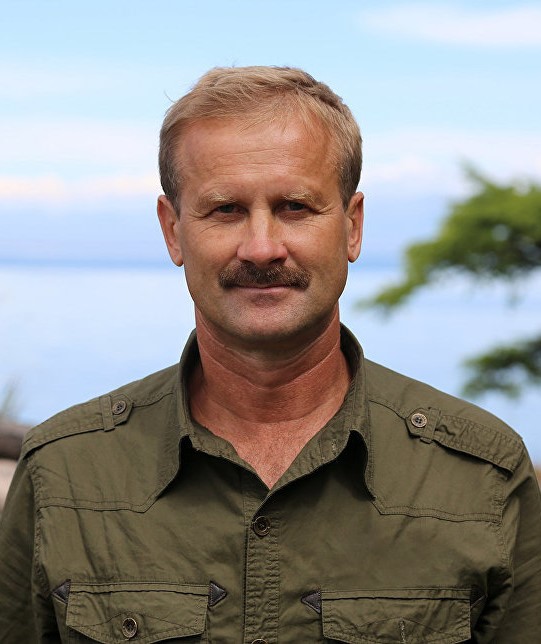 Vasily Sutula is the Head of Baikal State Reserve. He graduated from Irkutsk Agricultural University in 1984 as a biologist and game manager. In 1984 he launched his career and started to work as senior game manager in Mikhailovskoye state fur farm. From 1998 to 1999 he worked as a senior fellow in Baikal State Reserve. Since 1999 he is the Head of the Reserve. Vasily Sutula was awarded a Certificate of Honour by the Ministry of Natural Resources and Ecology of Russian Federation (2002), a Badge of Honour h.c. in reserve management (2003), a label pin «Outstanding Nature Protector» (2011), a medal «Honoured Worker of Nature Protection Service» (2013).