Scientists have deciphered the DNA of the Baikal seal 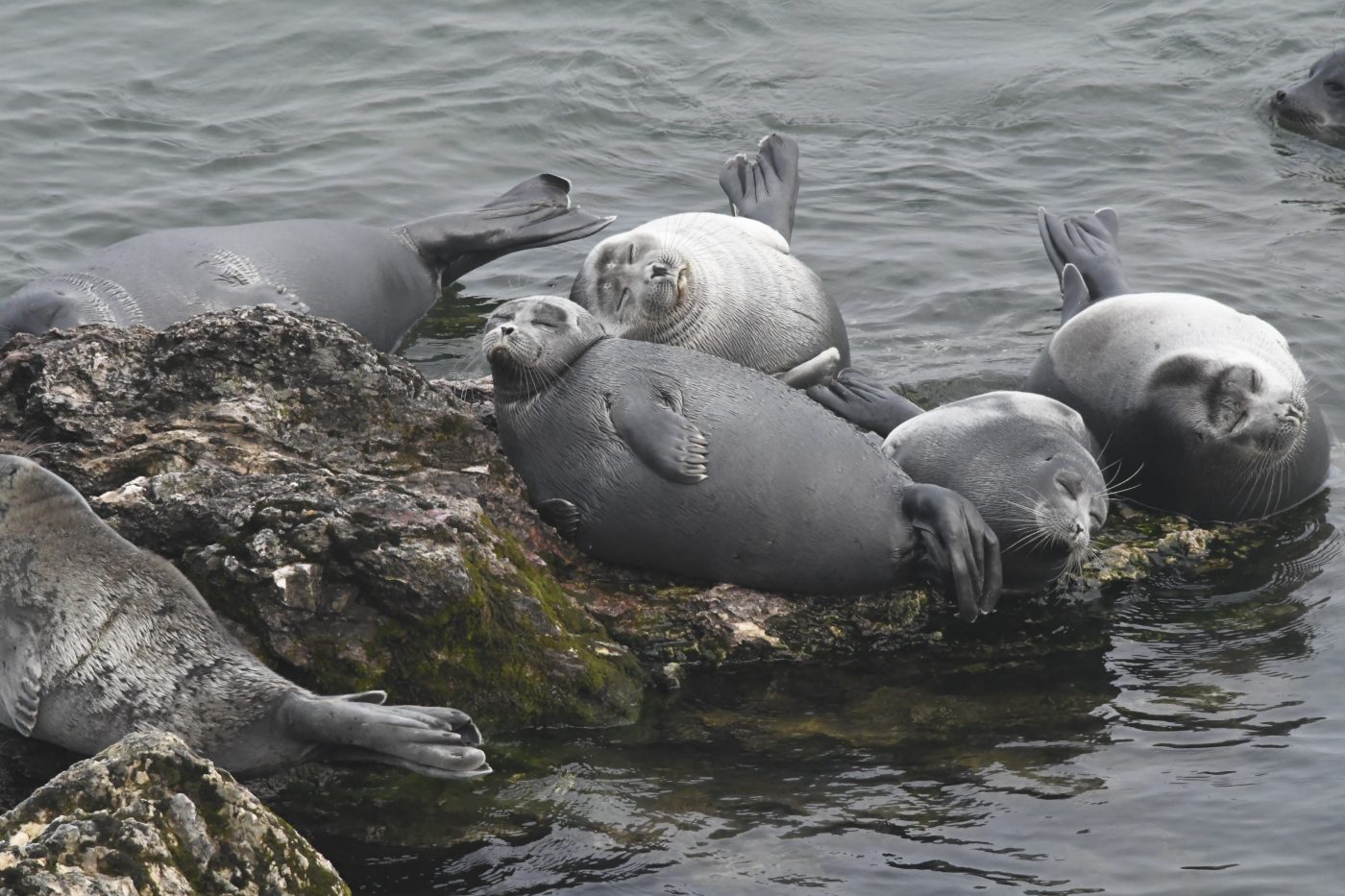 From May to December 2021, the Severtsov Institute of Ecology and Evolution of the Russian Academy of Sciences (IPEE RAS) and with the participation of the specialized organization Eurogen Lab conducted a genetic study of the biomaterial of the Baikal seal. This study was the first attempt to decipher and compare the DNA of the Baikal seal and analyze its genetic code. Genetic analysis is part of a comprehensive project to study the well-being of the endemic population, which was organized by Lake Baikal Foundation. To date, all the data has been processed, and we are ready to share with you the results of the study.

Due to the fact that the Baikal seal is a unique species that occurs only on Lake Baikal and nowhere else, we cannot let it disappear, and, therefore, it is necessary to conduct constant monitoring, monitor the number and health of the population.

One of the directions of studying the state of the population is genetic analysis. Genetic analysis of populations is an extremely important aspect in the study, monitoring and development of measures for the protection or exploitation of rare and narrow-range, endemic species. The data obtained during population-genetic analysis allow us to draw conclusions about the general genetic diversity of the species in the study area (which is an indirect indicator of the state and adaptive capabilities of the population), about the degree of inbred population, about the subdivision of the population of the species into separate populations or subpopulations that reproduce within themselves. For each of these subpopulations, depending on its inherent level of diversity and inbredity, the development of separate monitoring and protection measures may be required. For example, a close relative of the Baikal seal is the Saimaa seal, a seal that lives in Lake Saimaa in Finland, whose population currently amounts to only a few hundred individuals. The reduction in the number of individuals of the Saimaa seal has led to a significant decrease in the genetic diversity of this species and the formation of separate groups in different parts of the lake, beyond which the reproduction of its representatives does not go. This situation requires additional attention when organizing security measures.

The genetic structure and level of diversity in the Baikal seal population were unknown until now. The only work in which the genetic characteristic was obtained not for single animals of this species, but for a series of samples (Sasaki et al., 2003), was based on a different methodology than currently used (analysis of the ratio of anonymous restriction fragments of mtDNA as a single marker), which does not allow using the data obtained for comparative analysis. In addition, such a study did not involve an assessment of the spatial structure of the population. Thus, our study was designed to fill the gap in scientific knowledge about the level of genetic diversity of the Baikal seal as an indicator of the general well-being of the population, and to determine the structure of the population, that is, to find out whether the Baikal seal has isolated stable spatial groupings.

Having determined the purpose of the study and its relevance, it was important for us to use the biomaterial of the Baikal seal, which was obtained noninvasively (i.e. in ways that do not cause any harm to the animal). In this regard, we carefully approached the sampling: the biomaterial for genetic research was selected in advance, during the IPEE RAS expeditions to the island of the Thin archipelago of the Ushkany Islands in the summer of 2019 and 2020, organized with the support of the Lake Baikal Foundation. In the summer of 2019, samples were taken by non-invasive methods from live seals captured for the installation of satellite transmitters (7 blood samples, 21 wool samples), and in the summer of 2020, samples were taken from animals found on the shore that had fallen from unknown causes (42 fragments of muscle, skin or connective tissue).

As a result of the conducted genetic research, we found out that seals of the same genetic group come to the Ushkany Islands in the summer. However, it remains to be seen whether this group is the only one common to the entire Baikal, or whether there are other local groupings with their own genetic differences. To find out this in the future, it is necessary to include in the research samples collected in different seasons and in different areas of Lake Baikal. This is necessary in order to draw conclusions that could be extended to the entire species.

As part of the first genetic study of the Baikal seal, we have developed a set of genetic markers optimal for conducting genetic studies of this seal, including using samples obtained by non-invasive means that does not require killing animals. Now the obtained values can (and will) be compared with the known values of similar indicators determined for other species of seals, both endangered (for example, Saimaa and Baltic ringed seals) and safe (for example, ringed seals from the Arctic seas). Such a comparative assessment will allow us to assess the position of the Baikal seal on this scale.

We have revealed an interesting fact: animal samples found dead were characterized by a lower average number of alleles of the DQB locus per individual. It is possible that in the Baikal seal, reduced individual diversity at this locus leads to less resistance of individuals to the effects of certain unfavorable external factors. At the same time, the number of alleles of the DQB locus (one of the genes responsible for the body’s immunity) noted in the Baikal seal as a whole (11) is significantly higher than was noted for the gray seal (5 alleles) and walrus (5 alleles). Whether this is due to the specifics of the set of pathogenic organisms in freshwater Lake Baikal or to some other factors, it will become known in further analysis.

The results obtained will be used to continue genetic studies of the Baikal seal and deepen existing knowledge. Based on the new data, measures will be developed to protect the Baikal seal in order to avoid a critical decline in the number of the unique animal and preserve the species for future generations.

We thank all our friends who supported this research. The total budget of the Baikal seal genetic research project was 1,311,088 rubles, of which 462,210 rubles were received from Raiffeisenbank through the Code of Good platform, 333,897 rubles were collected at a fundraising fair at the Wunderpark private school, 296,467 rubles were collected by our supporters on the Need Help platform, and 218,514 rubles was a donation from the World Around You Foundation.

The project on the genetic study of the Baikal seal was implemented within the framework of the Baikal Seal Research Program for 2020-2025. The program was developed by scientists from the Institute of Ecology and Evolution of the Russian Academy of Sciences with the support of the Lake Baikal Foundation. Previously, several complex and important studies were carried out within the framework of the Program: virological, toxicological, serological and hormonal. We continue to monitor the state of the Baikal seal population and take care of its well-being. Thank you for your contribution to the preservation of a unique animal!

You can read the scientific report on the genetic studies of the Baikal seal via the link.